Toner preparation materials and processes, the preparation methods are divided into two categories: one is directly or indirectly obtained from natural flake graphite, such as mechanical grinding, detonation, ultrasonic and electrochemical intercalation; The class is prepared by synthesis of carbon-rich materials. Such methods have undergone atomic recombination during the preparation process, such as pulsed laser precipitation, detonation synthesis, chemical vapor deposition, and chemical synthesis. In the first method, the prepared nanographite powder is nanometer in thickness and relatively large in diameter; and the second method has a small three-dimensional scale due to rearrangement of carbon atoms. The following focuses on several methods for preparing nano-graphite from natural graphite, for reference only.

The detonation cracking process utilizes the property that graphite can accommodate an extraneous negative ion layer to form expandable graphite or low-order GICs, wherein the contained ion layer is referred to as an intercalation layer. In expandable graphite or low-order GICs, the intercalation layers are regularly arranged in the graphite ply. During detonation, the intercalation layer rapidly decomposes and releases a large amount of gas, impacting the graphite layer and pushing away the adjacent graphite sheets to prepare a nano-graphite sheet. In the process of detonation, ** plays two roles at the same time: one is to release a large amount of heat during the explosion to decompose the expandable graphite or low-order GICs; the other is to hit the graphite sheet by the shock wave generated during the detonation It is crushed to achieve the effect of refining graphite, thereby preparing flake graphite having a small diameter and a very small thickness.

At present, it is mainly based on the characteristics that graphite can only form stable low-order GICs under strong acid environment. First, graphite is mixed with strong oxidizing acid to prepare stable GICs, and then ** component is added to detonate the **. Graphite sheets having a diameter of micrometer size and a thickness of 40-100 nm are produced, and the prepared product has a high degree of graphitization and a specific surface area which can be increased to 7-9 times that of the original graphite. 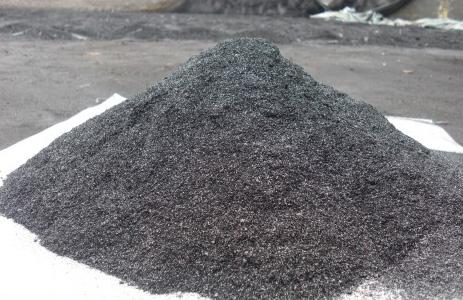 In the process of expanding graphite, the solvent can easily enter the pores and gaps of the expanded graphite. Under the action of ultrasonic waves, cavitation bubbles are formed in the solvent medium and ruptured, accompanied by the release of energy. The instantaneous implosion generated by the cavitation phenomenon has a strong shock wave. The rapid formation and sudden collapse of the liquid hollowed-out bubble creates a short-lived high-energy microenvironment, which can reach a high temperature of 5000K and a high pressure of about 500atrn in nanoseconds. The heating and cooling rate is greater than 109 K / s, resulting in a high-speed jet that causes the nano-graphite flakes to detach from the expanded graphite and enter the solvent medium. Therefore, the pulverization of expanded graphite by ultrasonic waves is a shock wave action mechanism, which has the effects of cavitation shock waves and micro jets. Scientists have obtained micron graphite by ultrasonic pulverization by using a specific process (such as intercalation, water washing, drying, thermal shock, etc.) to prepare expanded graphite, and lg is dispersed in 400 ml of aqueous ethanol solution (70%). After ultrasonic treatment with 100W for 8-12 hours, the ultrasonic pulverized product was filtered and dried. The SEM test showed that the graphite sheet obtained after ultrasonic treatment had a diameter of 13 buckets m, a thickness of 10 to 100 nm, and an average thickness of 52 nm.

The mechanical grinding method utilizes the graphite interlayer force to be much smaller than the bonding force of the carbon atoms in the layer, which makes the layer-to-layer bonding comparison

Loose, so when graphite is subjected to external force, cleavage between layers is easy, and the cleavage surface (base surface) is formed to prepare nano-graphite powder. In the ultra-fine pulverizing equipment, the ball mill completes the fine grinding operation by the impact and grinding of the grinding medium under the gravity and centrifugal force fields, but due to the increase of the graphite surface energy, electrostatic adsorption is easily generated between the flaky edges of the irregular minerals, and fine particles The trend of mutual agglomeration is obviously enhanced, and the self-lubricating property of graphite makes the graphite refining process long, energy consumption and lattice deformation. The traditional high-energy ball milling method is equivalent in pulverizing graphite to nanometer scale. low. When using high-energy ball milling, the addition of a liquid medium to the grinding tank will protect the abrasive object to a certain extent, and thus have an important effect on the structure and morphology of the abrasive product. Depending on the medium used, the ball milling method can be divided into dry grinding and wet grinding. Among them, dry grinding refers to grinding in vacuum or when the contact material with graphite is air or other protective gas, while wet grinding is grinding. Grinding after adding liquid to the tank.

The graphite was ground by a roller ball mill under the conditions of drawing the pressure in the grinding tank to 0.01 Pa or less at room temperature and then grinding for 100 hours to obtain 20 nm thick and 50 nm long graphite. In 2006, Hentsche et al. b1 used high-purity artificial graphite powder as raw material. Before grinding, the grinding jar was placed in liquid nitrogen, so that the ambient temperature was changed to nitrogen liquefaction temperature of 77K, and the grinding direction was changed every 30 minutes during grinding. Graphite sheets having a thickness of less than 20 nm. The mechanical grinding method is simple in process and convenient in operation, but the grinding is not only caused by the movement of the moving object inside, but also the graphite layer is crushed, and the shear generated after contact with the wall is caused, so that the relative slip between the layers is caused. The structure of graphite is also affected when the thickness of the graphite sheet is reduced. The ABCABC type graphite is converted from ABAB type graphite. In addition, because of the lubricating properties of graphite itself, the grinding process is a very long process, which requires a lot of energy consumption, and the operation process is quite complicated, including dehydration, drying, secondary grinding and grading.

The electrochemical intercalation method is in principle connected with the previous methods, using graphite electrodes as raw materials and electrolysis.

Inserted into the graphite electrode layer, causing graphite to expand in the c-axis direction, and expansion causes the interlayer spacing to increase, resulting in more ion insertion

When the person goes to the graphite layer, the interlayer force gradually becomes smaller. At this time, the direction of the electrode is changed, and the ions will rapidly move in the opposite direction, thereby breaking the force between the graphite layers, and preparing a nanographite sheet. In 1999, Chen Guohua et al. (131 used HCI, HNO3, and ammonia water as electrolytes to prepare nanographite sheets, and prepared sheets having a diameter ranging from 100 to 200 nm and a thickness of 2 nm.

When using natural graphite as a raw material to prepare nano-graphite, it is mainly used to destroy the interaction between graphite layers by various means, such as

In the graphite layer, inserting a compound or the like reduces or overcomes the van der Waals force between the graphite layers; and the synthetic method requires overcoming the chemical bond formed by the substance itself (generally a covalent bond), and recombining the carbon atoms, so The second type of method needs to do more than the first. The nanographite sheets prepared by these two methods have their own advantages. For example, the graphite layer prepared by the first method has a small thickness and a relatively large particle size, and thus can be widely applied to graphite electrodes, oil-based colloidal graphite, lubricating and conducting. In the field of materials; the second type of nano-graphite prepared by the second method has a smaller particle size, which may be more advantageous when applied to advanced picture tube graphite milk and hydrogen storage materials.

The special structure of nano-graphite makes it more and more widely used, and tends to be two-dimensional, single-layered, such as the stone currently being developed.

Inkene, a large area of epitaxial graphene not only demonstrates its structural continuity, but also is not inferior to the traditional semiconductors with a long history of precision in precision measurement. It will become a future high-speed electronic product such as microchips and touch screens. The key ingredients. Exposure to chemicals and extreme temperatures, graphene composites will be used to improve the combination of material properties due to the many advantages of graphene with thermal expansion and solvent swelling, reduced static loss, improved heat dissipation and increased degradation temperatures. For example, it is used for parts in the hood of a car. Other potential applications include highly shielded and highly conductive fuel system composites, static dissipative packaging materials for electronic products, electromagnetic and RF interference shielding materials for electronic enclosures, and electrostatically coatable component materials.

Previous：Is it true that "flying" diamonds in graphite powder?

Next：How to measure the conductivity of graphite powder